Last week, six schools operating under the Steiner Waldorf banner were rated Inadequate by Ofsted. The three state schools in this group will be placed in Special Measures, while the private schools will face some form of “enforcement action”.

This is not the first time Steiner schools have faced controversy. In recent years, the schools have attracted criticism for their alleged aversion to vaccinations and the philosophy of their founder Rudolf Steiner – a believer in reincarnation and racial hierarchy.

Their teaching methods also raise questions for the uninitiated. One Steiner school close to where I used to work explains that their schools have been “the leading alternative system of education in the UK over the past 90 years”, seeking to “nurture equally the child and later young person’s capacities of thinking, feeling and volition” (no, me neither).

Their descriptions of what they do can be as unclear as their guidance of pupils – or students as they would probably prefer to call them – is in practice. Eurythmy, an expressive movement art, aimed at awakening and strengthening the expressive capacities of children through movement, is one subject you might expect to find in a Steiner school. This is done by the body “becoming an instrument, making visible what otherwise is only audible, namely music and speech”.

Concerns over safeguarding may have brought Steiner schools under scrutiny on this occasion, but their child-centred teaching methods, proven to be pervasive over time, are the real and more subtle threat to children.

Child-centred learning, which does not focus on the teaching of knowledge, comes under many guises, from “project-based learning” to “discovery learning”, and exists to different extents across UK schools, not just in Steiner schools. All have little basing in evidence.

As prominent educationist Daisy Christodoulou outlines in her book Seven Myths About Education, such methods do little to develop crucial literacy and numeracy skills. Our working memories are only so large, she explains. In order to function, and to perform everyday skills and succeed at them, a vast body of knowledge must be committed to long-term memory. In other words – children actually need to know something before they “learn by doing”.

For this reason, moves away from direct teacher instruction, rote learning and deliberate practice are particularly damaging for children for whom there are few educational opportunities at home, and that is why we should be concerned to see a form of the movement in state-funded schools.

As educator Katharine Birbalsingh notes in my upcoming documentary on education in Britain, children most in need of concerted support at school are often least able to access it. Many will have little access to books at home, or lack educated parents who are able to chat with them around the dinner table – or else aren’t there because they are working three jobs.

Children from deprived backgrounds often end up in schools that, despite well-intentioned ideas, do not hold them to high enough standards to overcome their disadvantages.

Birbalsingh is the head of the revolutionary free school, Michaela Community School, which you might call the opposite of the Rudolf Steiner philosophy. Michaela has built up a formidable reputation thanks to its emphasis on discipline and academic rigour. It has been rated Outstanding by Ofsted – although some headteachers report that the schools’ regulator often favours the happier, clappier lands of group work, where teachers are expected to be facilitators of learning and move around the class, keeping children on task, rather than leading from the front.

Of course, many parents are fans of Steiner schools, and they should not be lumped into one category. The freedom to choose these schools, or any school, remains important. For that reason, free schools and academies have been a step in a positive direction for the advancement of children. The policy has, of course, enabled groundbreaking schools like the aforementioned Michaela Community School to exist.

However, educationalists should be under no illusions about the damaging impact Steiner teaching methods have on the children who are left solely to the devices of their school education, and are not fortunate enough to be pushed at home. 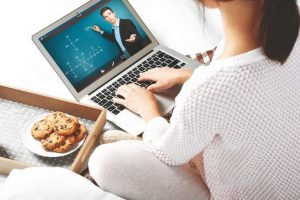 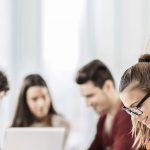 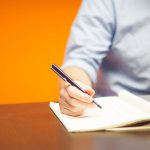 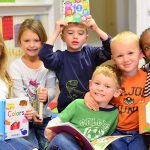 Award in Working with Children